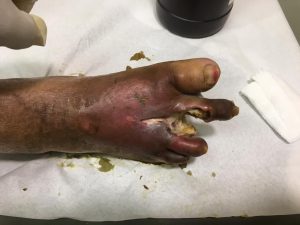 Most smokers know cigarettes can damage their lungs, but all too often, they have no idea that smoking is also bad for their blood vessels.

For too many smokers, the first they learn of the connection is when a vascular surgeon diagnoses them with peripheral artery disease (PAD). The disease starts mildly with either no symptoms at all, or with leg pains when walking. If the patient continues poor lifestyle habits, like smoking, PAD slowly starves the toes, feet and legs (peripheral parts of the body) of oxygen, which can lead to gangrene and amputation if not treated.

Because September is PAD month, the Society of Vascular Surgery would like every smoker to know that smoking may affect their ability to stand on their own two feet.

Nicotine is a stimulant, which speeds up the heart by about 20 beats per minute with every cigarette. It raises blood pressure and is a vasoconstrictor, which means it makes arteries all over the body become smaller. That makes it harder for the heart to pump blood through the constricted arteries and it causes the body to release its stores of fat and cholesterol into the blood.

“Getting our patients to quit smoking is probably the most important thing we can do, probably even more than any surgery we would talk about,”.

The majority of our vascular patients will think about quitting when faced with their vascular disease, he said, but at least a third have no interest.

“They either refuse to believe what we tell them, or they say, ‘I like it too much and what happens happens,’” he said. “We are pretty aggressive in helping them with lots of handholding, counseling and prescriptions, and yet our success rate is 20 to 25 percent.

That’s considered a pretty good quit rate, but it’s also sad.” Patients with early stage PAD have treatment options other than surgery. But when the disease progresses, smokers may have fewer solutions.

Recent research has shown that smokers have far more surgical complications, and many surgeons are reluctant to operate on them unless it’s an emergency. Smoking cessation before surgery is recommended by the Society for Vascular Surgery and the American College of Cardiology among others.

While PAD can affect anyone, a recent study found that of 1,272 patients with PAD, 90 percent were current or former smokers and smokers also are presenting younger than non-smokers. They’re showing up in their 40s to 60s, instead of in their late 70s and 80s.”

Cigarette smoke contains numerous chemicals that are harmful, but nicotine has perhaps the most powerful negative effects on arteries throughout the body.

While there is less research on vaping and PAD, the effects of nicotine from vaping could be similarly harmful. In fact, some vaping fluids contain very high amounts of nicotine and could put vapers at even higher risk of arterial disease.

By the way, the effects that cigarette smoke has on the blood vessels of the legs are the same all over the body. Some people may suffer a heart attack or a stroke, and some get the most damage in their legs. But if your body is at risk in one area, it is at risk in all areas.

PAD can be severe and limb-threatening, but the good news is that it is a slow-moving disease, and many patients can keep the worst effects at bay by changing their lifestyles.

In addition to telling them to quit smoking, their doctor will advise them to lose weight, walk 30 minutes a day or participate in a supervised exercise therapy program, and be sure to control their blood sugar if they have diabetes. Patients may also be put on medication to improve blood flow.

Those whose PAD is progressing may be candidates for an endovascular procedure or open surgery to restore blood flow to their legs and feet.

If PAD patients don’t seek treatment or follow the doctor’s advice, their disease has a higher chance of becoming chronic limb-threatening ischemia, which means that the blood flow to the limb – usually a foot and/or leg – is so poor that the survival of the limb is in jeopardy. 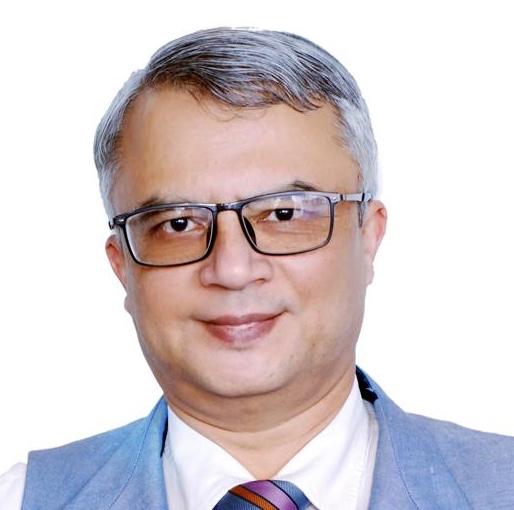 Related Articles
Preparing for Your First Visit to a Vascular Surgeon? Here’s What to Do